I just love cities that have a central park, and when I first arrived at Covington in 2013, I was impressed with the beauty of Downtown with its impressive central park facing the courthouse and historic houses on Floyd Street. Covington, GA, it is not only a mix of historic houses, excellent restaurants, and locally-owned stores to do shopping but as many refer to, the Hollywood of the south; many movies and TV shows have been filmed there for the past 25 years.

Let’s talk now about food, I am a food lover and every time I go to a city, I ask around, or I do research to discover the best places to eat and explore the local cuisine. Covington, GA, is where I spent almost two years as a student intern at Gone Away Farms with Mr. Rob and Miss Jean Fowler, two incredible people that have hosted more than ten students from Latin America for the past ten years. I conclude that R L’s Off The Square (Real Louisiana Cuisine) restaurant is among the best. My second pick would go to Mystic Grill; this because I am a huge fan of The Vampire Diaries and The Originals, two of my favorite American TV shows of all time that were filmed there. However, we will talk more about all the movies and TV shows filmed there later. 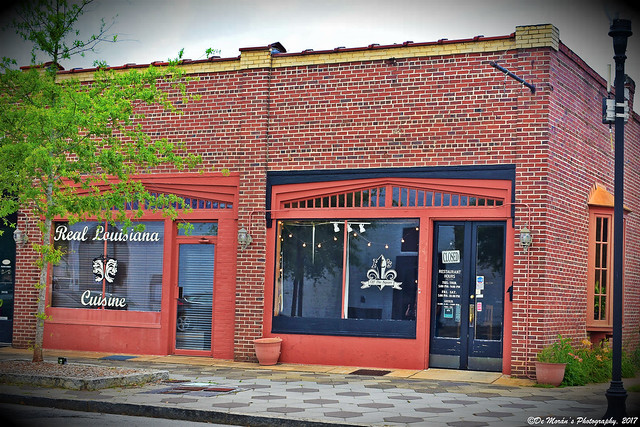 This is my top pick for best restaurant in Covington, GA. I have visited this restaurant since I came to the US, and each was a delightful and tasty experience. One of the most famous dishes is the Surf and Turf with Bronzed Shrimp, but I also would recommend the Seared Pork Filets. 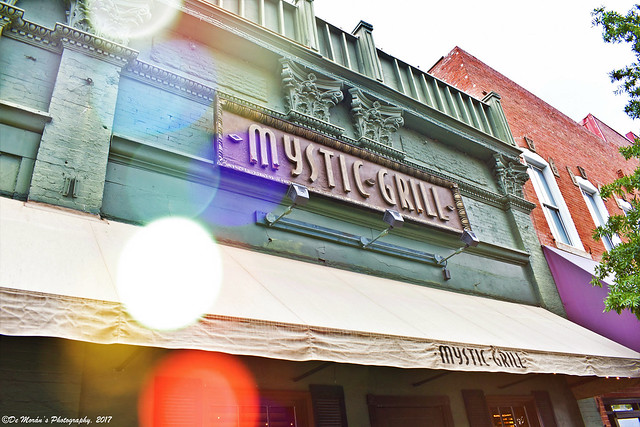 Mystic Grill is my second top pick for best restaurants in Covington, GA. The reason this is my second favorite is that the Vampire Diaries has filmed many occasions here and sometimes you could go up to the roof of the restaurant and see how they would film the vampires.

Now let’s talk about the courthouse and the central park. I love courthouses in the South, they are majestic and full of history, and Covington’s courthouse is splendid. What’s fascinating about it is the clock tower, with its white color and the clock facing the park, it gives a sense of peace, and you must find a bench and enjoy the view. 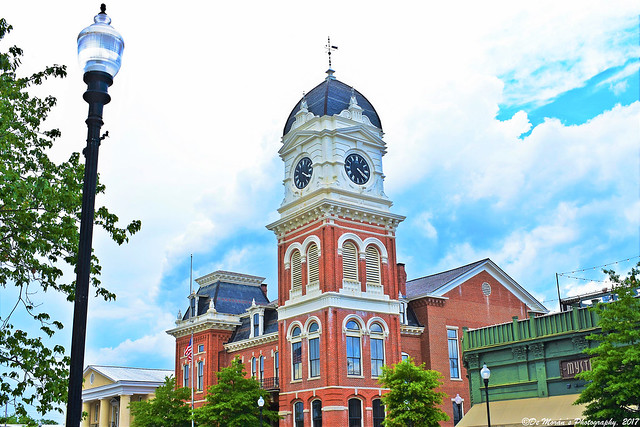 The courthouse was built in 1884. It is surrounded by locally-owned restaurants and a beautiful central park that hosts many events such as concerts and charity events.

Moreover, if you spend enough time at the park, you will soon read that the City was established in 1822. I was walking one day around, spending my time off with my camera and soon, I spotted a bench that if you would look close enough, the seat handle will form an incredible scene of the Courthouse and the Confederate monument. 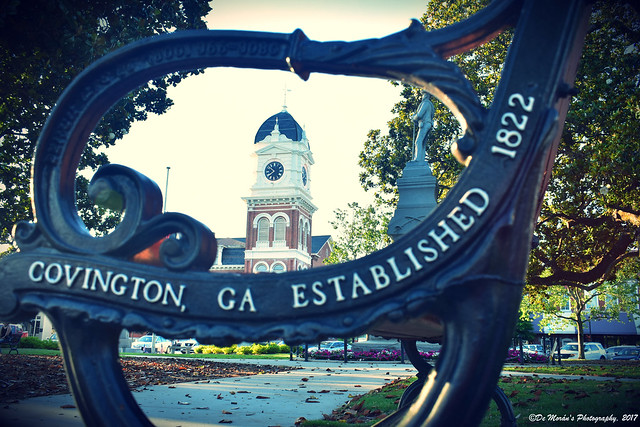 This seat was perfectly placed here to give visitors an amazing experience! 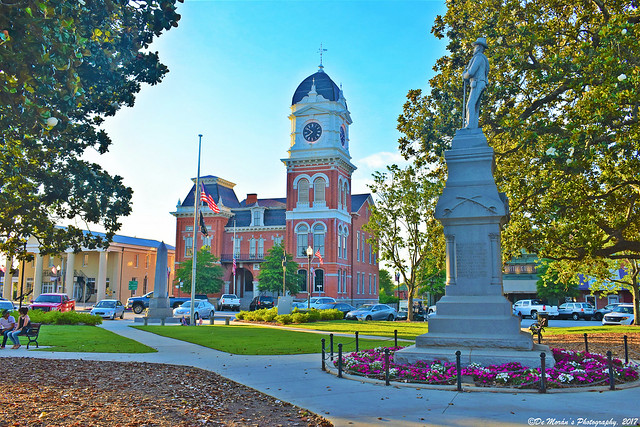 In sum, do not forget to walk around the park and find a spot that you will remember forever and if you are planning on recommending Covington to your friends, make sure they bring their cameras because they will not want to miss the beauty of the courthouse and the park.

Now let’s talk about houses! I love architecture, especially that of Southern homes. The most famous street in Covington is Floyd Street Historic District. The Floyd Street Historic District of Covington was built up during the nineteenth century and early 20th. It took us (De Morán’s Photography team) 15 minutes to walk all of it, and it was an incredible and unforgettable experience. See below a few of the houses we saw that captured our attention. 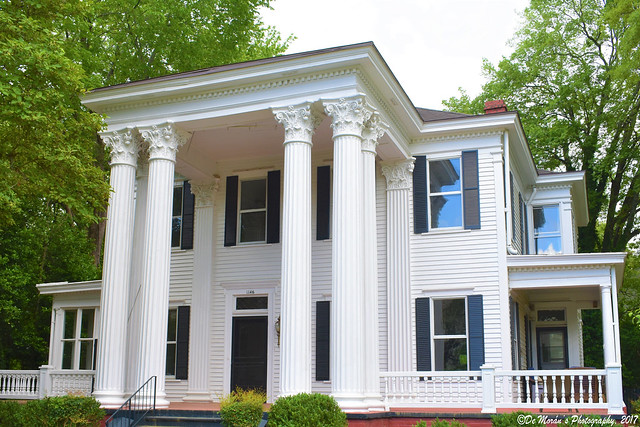 1146 Floyd Street or The Porter-Rogers-Tuck House has a Neo-Classical style with Corinthian columns that will take your breath away when you pay attention to the intricate details of the Corinthian columns and the roof. The Corinthian pillars on either side of the door are just amazing as the entire house is and the triangular roof is exquisite. 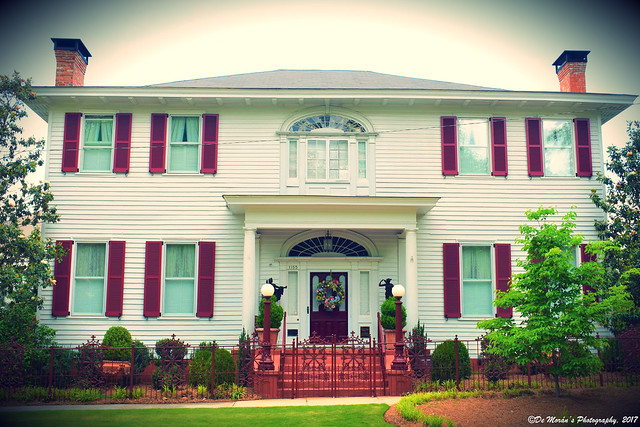 What about 1155 Floyd Street? This home is located at the corner of Floyd Street and Elms Street, and it is called the Simms House.  I love the two chimneys, one at each side of the house. This house is now used an apartment complex but remains intact to date. 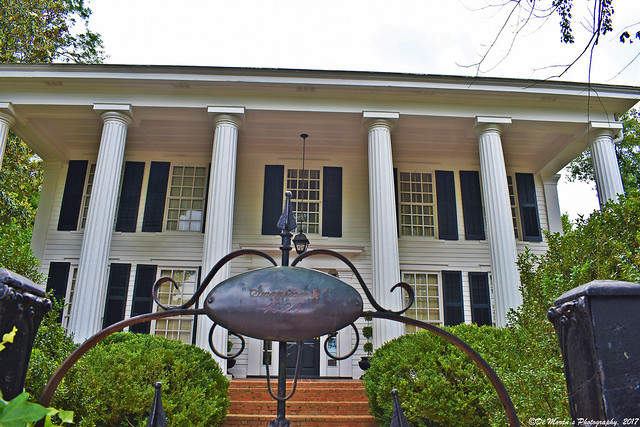 The Swanscombe house or 1164 Floyd Street built in 1828, according to history, is the oldest house in Covington, and its beauty it is incomparable, and its six columns steal your attention. This house is surrounded by an intricate iron fence and at the front of the fence (as you can see in the picture), you can read Swanscombe and 1828. 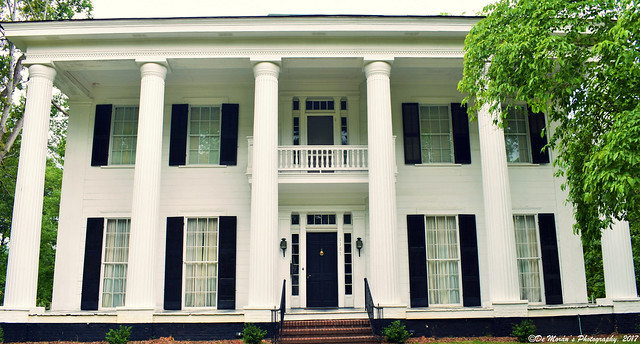 The Usher House or 1187 Floyd Street is my favorite! I love square houses, and this is a perfect combination of columns and a balcony right in the middle of the two stories. This house was built in 1848 by Robert O. Usher, and the six Doric columns are just elegantly constructed. 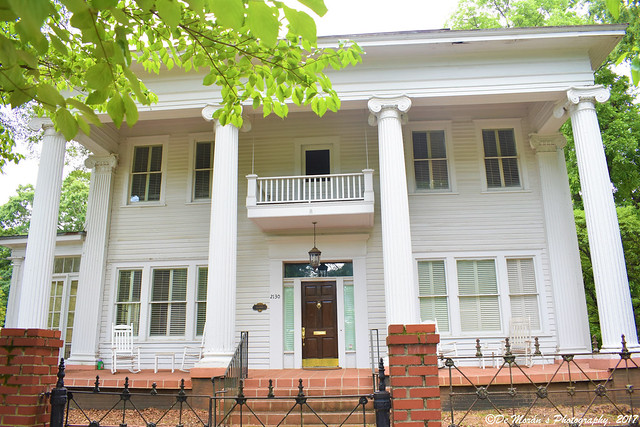 My second favorite is The Adams-Clark House or 2130 Floyd Street. This house was built in the early 1920’s, and four Ionic Columns support it together with a balcony in the middle of the two stories. 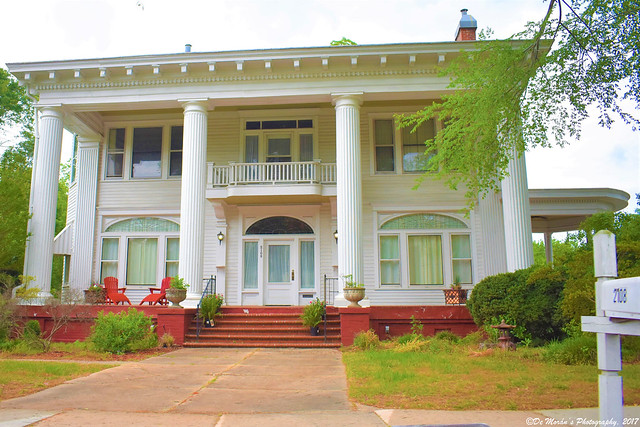 My third favorite is this house that although is not on Floyd Street is just one of the many historic homes in Covington that are worth admiring.

Moreover, finally, I want to show the incredible beauty of the Covington First United Methodist Church that served as a hospital during the Civil War. 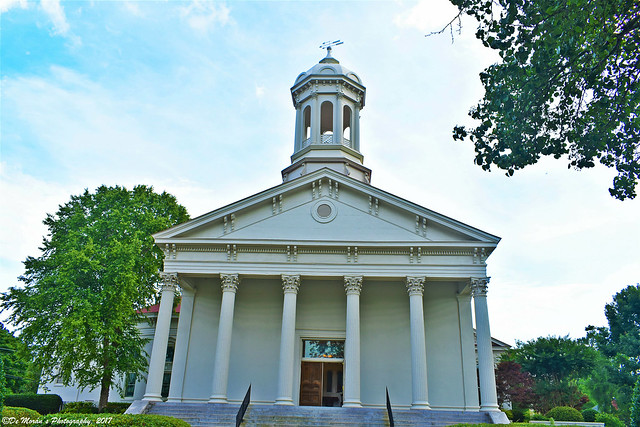 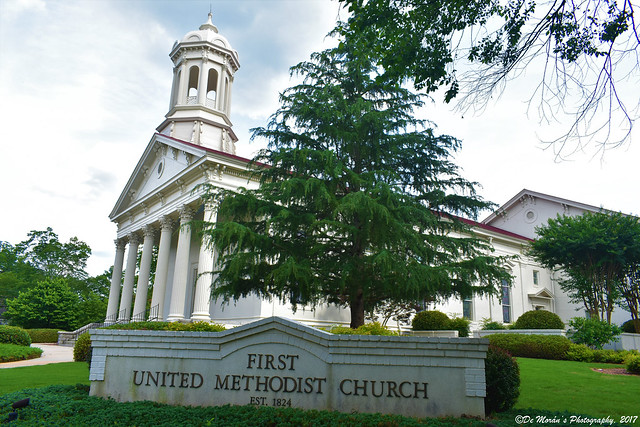 Let’s talk about the movies and TV shows! To be honest, the Vampire Diaries and the Originals are for me the best TV shows that have been filmed in new Covington. However, of course, sin the 1950’s, the Hollywood of the South has delighted millions of people with a variety of fantastic movies and TV shows. Here are some of the ones I could find:

In sum, Covington, GA, has a lot to offer to its visitors. I visit Covington very often because it is where I can find historic houses, excellent restaurants and sometimes you can see the filming of movies and TV shows. For example, from the roof of Mystic Grill, you can watch how the Originals and The Vampires Diaries film vampires falling from the courthouse tower.

Movies Filmed In Newton County. Retrieved on June 2017 from http://www.filmcovington.com/movies-filmed-in-newton-county/

5 thoughts on “Covington, Georgia, the Hollywood of the South”